Myelofibrosis is an uncommon and deadly condition that has long lasting effects. This condition is in the bone marrow and negatively impacts blood cell production in the body. As an uncommon, but chronic leukemia, this condition can cause severe bodily harm and death if not treated correctly or efficiently.

The Causing Agents in Myelofibrosis

Although Myelofibrosis does not have a definite cause, some factors have shown to increase the risk of having it. The cancer is caused from genetic mutation through blood cells located in the body. This can later turn to a more severe leukemia if not treated. Age has proven to be a deciding factor, most of the people affected seeming to be between 50 and 60 years old.

If a person has already been diagnosed with another blood disorder, then complications can cause Myelofibrosis to form. Disorders like essential thrombocythemia for example are often linked to the forming of Myelofibrosis. Certain things can be avoided however, like exposure to chemicals like toluene and benzene. Also shielding radiation contact can decrease the risk of gaining Myelofibrosis.

Life Expectancy in Dealing with Myelofibrosis

The life expectancy of a person with Myelofibrosis differs with each case. It largely depends on how aggressively the disease progresses, how early treatment begins, and the overall health of the patient. However, this disease is incurable, meaning it will cause death eventually. The survival time ranges anywhere from 12 months to 15 years.

Seeking immediate medical attention if you are feeling very unwell is key. Catchy this condition early gives the best chances of treatments being effective in combating it.

If through blood tests a person is found to be in possession of the disorder, then medicines like ruxolitinib which target JAK2, the cell thought to be responsible for the mutation and blood production disruption, have been evaluated by the FDA and found to decrease several of the symptoms linked with Myelofibrosis. 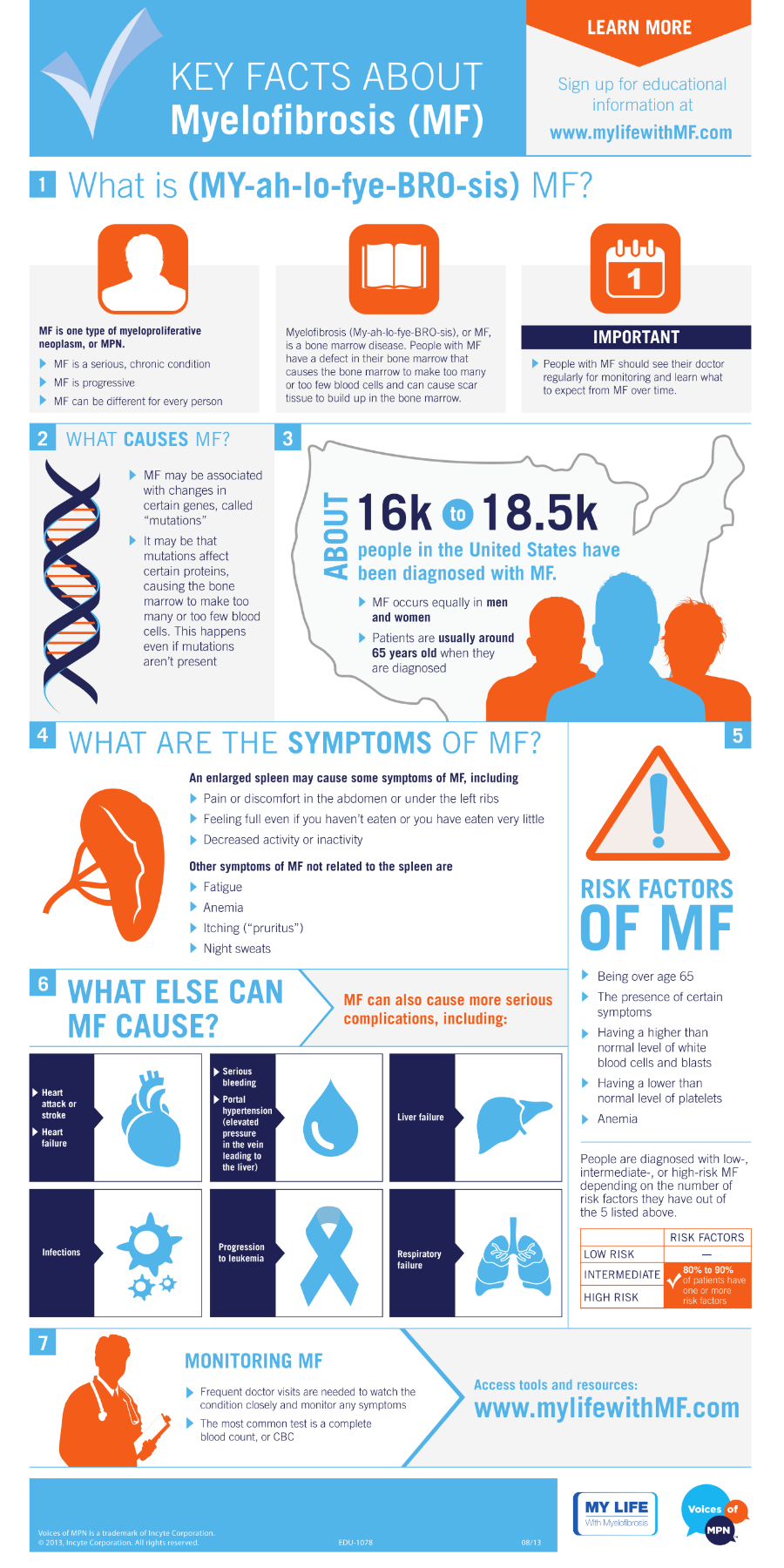