Chickenpox is a viral illness that is very common among children. It is also very contagious to anyone who has not already had the illness. Children that get chickenpox often have a very mild case, but adults and older adolescents that get chickenpox can have more severe complications. Chickenpox is normally easy to diagnose, because it has a distinct look that is visible on the skin. Chickenpox pictures in the early stages can help to diagnose this viral illness quickly.

Chickenpox is a viral illness that is caused by a form of herpes. This illness is contagious and can be spread through exposure to sneezing, coughing, or objects that have been infected with this virus. Most individuals that are exposed to this illness will develop the symptoms of chickenpox within 10 days to 3 weeks.

How Do Pictures of Early Stage Chickenpox Help With Diagnosis?

Chickenpox is most notably diagnosed by its unique appearance on the skin. Most pictures of patients with early stages of chickenpox feature the same distinguishable signs. In the early stages, chickenpox looks red and is similar to an itchy rash that is present over large areas of the skin. The areas that are most likely to be affected during the early stages of this virus include the face, back and abdomen. As the virus progresses, red and itchy skin will spread to all other areas of the body including the legs, mouth and arms.

The beginning stages of chicken pox closely resemble insect bites and causes little red bumps. Many of the red bumps also look similar to tiny pimples on the skin, but the sheer volume of them is a defining sign of chickenpox. After 2 to 4 days the rash-like bumps will spread and in some cases open sores and blisters will begin to form as the virus advances.

How Do You Calm The Itch?

One of the best treatments for the early stages of chickenpox involves learning how to calm the itch. Baths filled with cool water and the application of calamine lotion can work wonders for managing the itch that is common in patients with chickenpox. It is important not to scratch excessively, because that will only lead to more irritation. 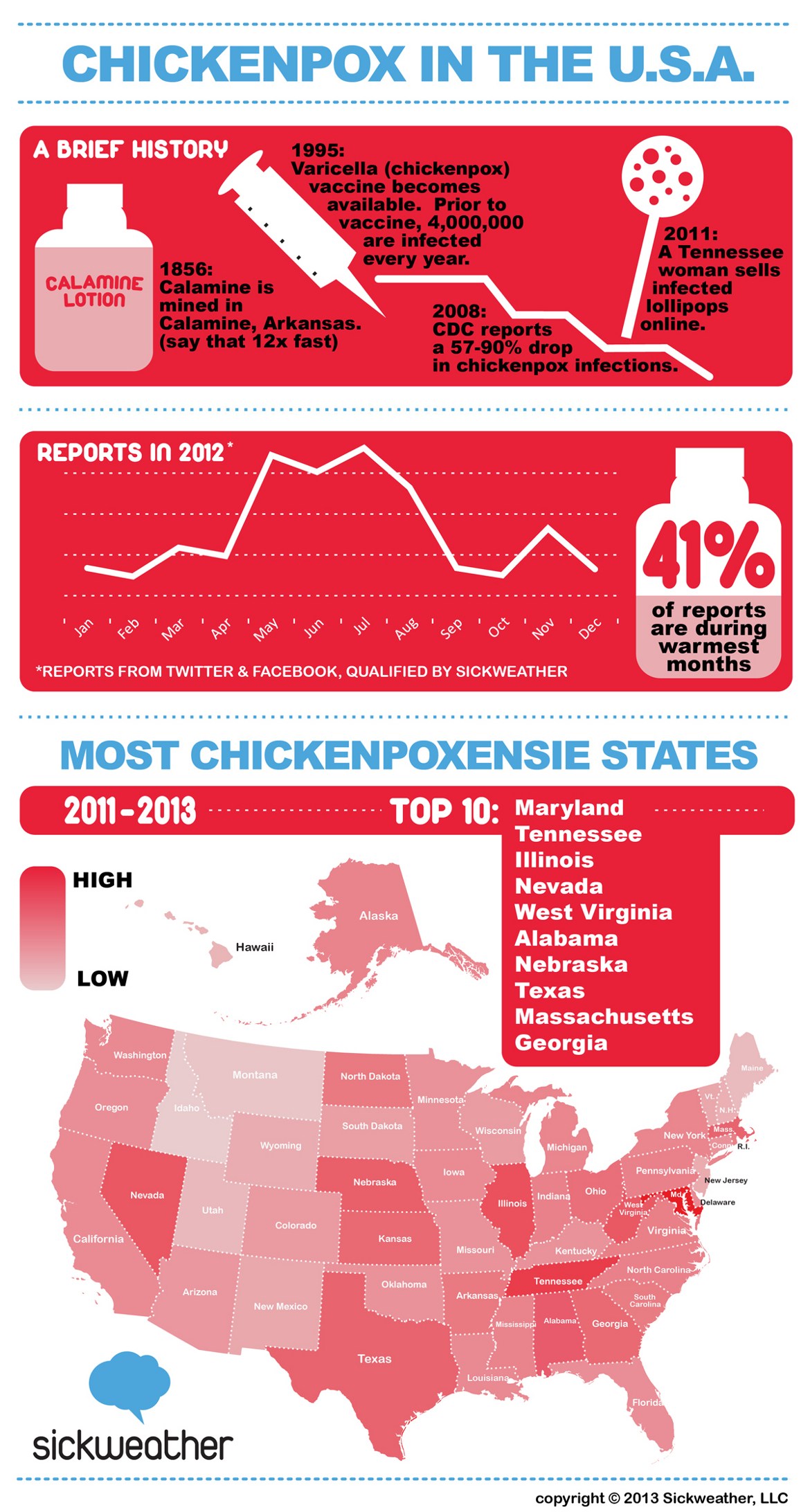