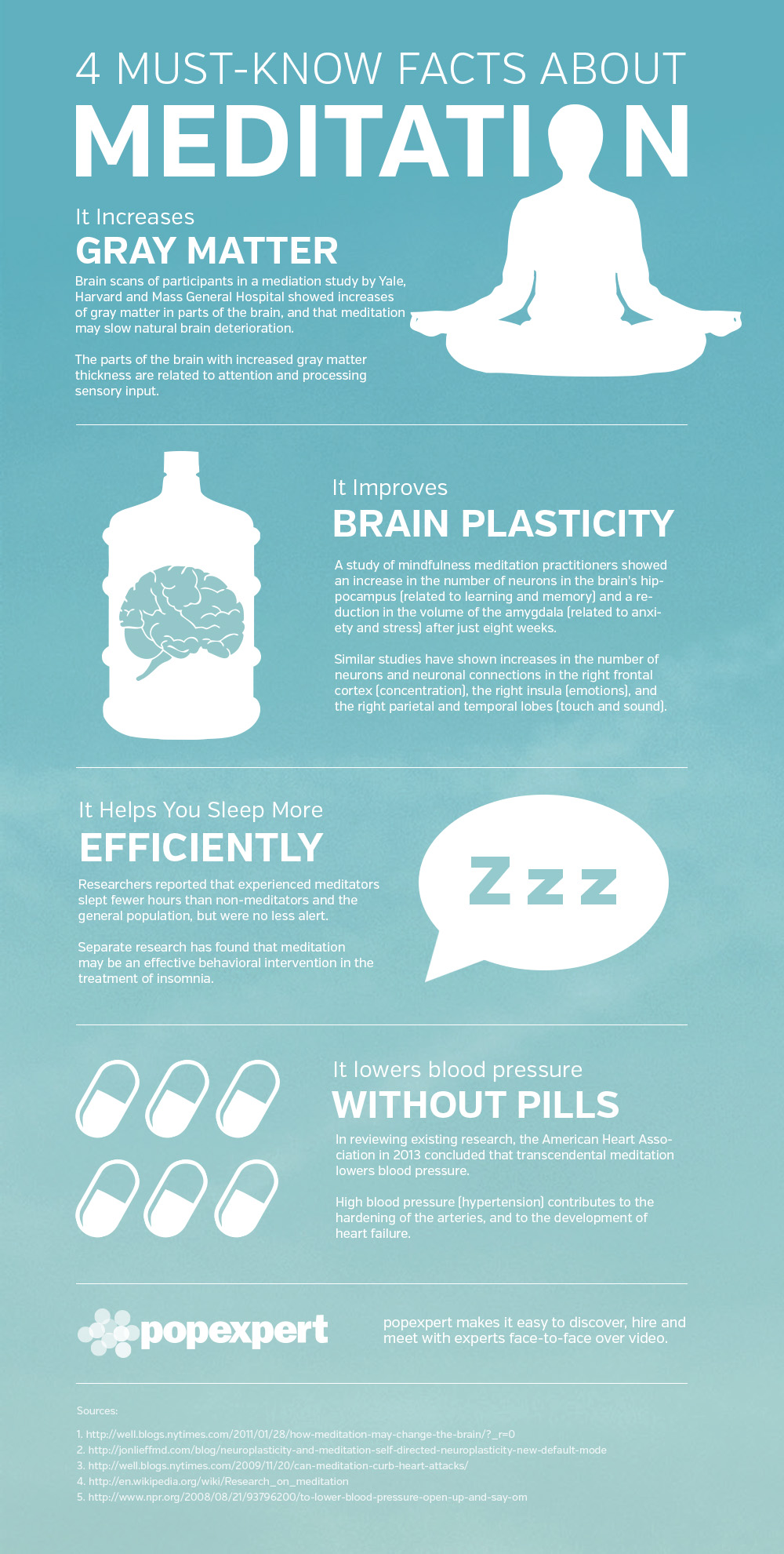 Meditation has been used for years by monks and other religious figures to gain a closer connection to their particular deity. Now people from every walk of life utilize meditation in their personal lives for its calming effects. Several recent studies suggest that meditation also plays a key role in promoting proper brain function.

A recent study conducted by Yale, Harvard and Mass General Hospital, suggests that meditation can increase gray matter in the parts of the brain most closely associated with processing information and paying attention as well as sensory input. People who participated in the study showed increased gray matter when they had their brains scanned. The study also suggests that meditation may slow the effects that aging has on the brain.

On average, people who meditate on a regular basis need less sleep than those who don’t to achieve the same level of awareness. Perhaps this is a result of the calming effect that meditation has on the body. It has even been suggested that meditation is an effective treatment for insomnia.

Earlier this year, the American Heart Association cited that meditation lowers blood pressure without the use of drugs and pills. Anxiety has long been associated with high blood pressure and the word ‘hypertension’ literally means ‘too much tension’. People who meditate on a regular basis are hardly ever tense and this may be the reason for the lower blood pressure.

With so many mental and health benefits associated with meditation, it’s easy to see why so many people are turning to this ancient art to alleviate high blood pressure and increase their brains natural ability. This modern world breeds tension and meditation helps to counteract it. When stress is permitted to build up and accumulate, it can negatively affect the body and lead to significant health problems. People who meditate address their stress on a regular basis and alleviate it so it doesn’t accumulate.

Given all the positive effects meditation can have on the body and the mind, it’s no wonder why so many holistic healers rely on it to help their patients. This practice was once reserved for very religious figures but in the future, everyone may meditate. Given the ringing endorsement that meditation received from the American Heart Association, we may soon see doctors advising their patients to meditate as a means to relieve their hypertension.